Last week, APLN Associate Fellow, Eva Lisowski, presented the first-year findings of the joint APLN-Nautilus Insitute-RECNA-PSNA project on “Possible Nuclear Use Cases in Northeast-Asia: Implications for Reducing Nuclear Risk” at the Vienna Conference on the Humanitarian Impact of Nuclear Weapons (HINW22Vienna). She discussed the project findings in the following commentary.

The first-year study report, “Possible Nuclear Use Cases in Northeast-Asia: Implications for Reducing Nuclear Risk” hypotheses and illustrates in detail, the situations in which nuclear detonations might occur in Northeast Asia. The 3-year study conducted by the Research Center for Nuclear Weapons Abolition, Nagasaki University (Japan), Nautilus Institute (United States), the Asia-Pacific Leadership Network for Nuclear Non-Proliferation and Disarmament (based in Seoul) aims to answer the questions: Under what conditions might nuclear weapons be used? How might the situation develop? What are the consequences of nuclear weapon use (fatalities, infrastructure damage, radioactive fallout, environment and climate impacts)? What policy measures can reduce the possibility of nuclear weapons use in Northeast Asia?

When assembling each use case, many questions were considered. For example, why does the nuclear use happen? How does the conflict evolve? Who responds with nuclear or conventional forces? Where are the targets? How plausible is the nuclear use case and what uncertainties, that we don’t know now, could change how the situation evolves?

From one use case, a flow chart can be constructed that shows the development from triggering events to response, to how the conflict evolves, to the consequences, and then finally a consideration of uncertainties that could change how this use case might occur.

Figure 1 shows one example of a use case. 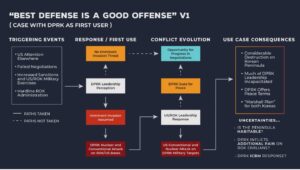 In this case, the turning point hinges on how leadership in the Democratic People’s Republic of Korea perceives the situation. There are multiple critical points at which the outcome could turn peaceful or become catastrophic.

Studying use cases in such a detailed way can inform decisionmakers on how to recognize when a critical point may be occurring so that they can take appropriate action.

Figure 2 shows a graphic depiction of some of the use cases in which the DPRK or the United States is the first user of nuclear weapons. 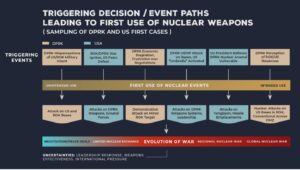 Figure 2: Examples of Triggering Events Leading to First Use of Nuclear Weapons (DPRK or US)

The graphic lists examples of triggering events and their direct consequences. In the full use cases, the flow would continue through evolution of nuclear war to a range of levels from peaceful negotiations to global nuclear war.

One characteristic that varies between use cases is the intentionality of the first use, as shown by the “First Use of Nuclear Events” bar in Figure 2.  An example of a completely unintentional use case would be an accidental detonation due to some mistake by automated launch systems. A somewhat unintentional use case might occur due to miscommunication or misperception of reality or the intentions of an adversary. In an intentional use case, even though there is a clear understanding of the situation, and maybe even clear communication, a decision is made to detonate a nuclear weapon anyway to achieve a desired outcome, such as preempting an adversary.

The use cases illustrate how, and at which point these triggering events might evolve into catastrophic nuclear war.

In one use case called “Tripped at the Finish Line,” engagement and diplomacy with the DPRK is going well but is tripped up by a change of American leadership or unforeseen event, such as a global pandemic. A miscalculation of the DPRK’s reaction by the United States leads it to launch a nuclear attack against nuclear missile sites in the DPRK.

Another use case entitled “Broken Promises Leads to Breakout” hypothesizes what could happen in the unlikely case that new, hawkish leadership and loss of faith in the US nuclear umbrella leads Japan or the Republic of Korea (ROK or South Korea) to develop and possibly detonate low-yield nuclear weapons of their own.

In one variant of a use case, changes in United States and ROK behaviour leaves DPRK leadership convinced that an attack is imminent, but instead of preemptively striking using a nuclear weapon, the DPRK launches at covert attack on an ROK nuclear power plant to cause chaos. In this situation, power plant safeguards must also be considered.

In total, there are fifteen basic use cases, some with several variations, summing to a grand total of around twenty-seven use cases shown in Figure 3. First users include the DPRK, China, Russia, the United States, non-state actors, and potential nuclear breakout nations. 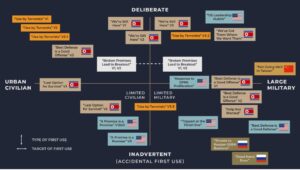 Figure 3: Chart of Plausible Nuclear Use Cases in Northeast Asia

Looking overall at similarities between use case outcomes, it can be said that there are many opportunities for misunderstanding between countries if they are not talking, and lots of those misunderstandings between nuclear-armed adversaries could result in a big tragedy.

Some of the hypothesized use cases may seem unlikely. However, since many historical events were thought to be unlikely or even impossible, if they are at least plausible, we have some responsibility to discuss and try to prevent such situations arising. Moreover, thorough contemplation of these scenarios reveal a sobering possibility: the consequences of not adequately discussing and preparing for a full range of plausible scenarios could be catastrophic. Understanding how these scenarios evolve and their potential impacts is the first step to figuring out how to stop them before they happen. As the project moves forward, year two of the project will conduct quantitative and qualitative modeling and analysis of several of the use cases. The third year will focus on potential climate impacts, long-term societal consequences, and detailed policy implications.

Eva Lisowski is a member of the Nuclear Weapons Education Project at the Massachusetts Institute of Technology, from where she graduated in 2020 with a BS in Nuclear Science & Engineering. Her prior publications include evaluations of the attractiveness of fissile materials in advanced nuclear reactors to weapons of mass destruction construction, and analysis of fissile material production in India following the US-India Civil Nuclear Agreement. Her current work focuses on simulating the consequences of nuclear weapon detonations and missile strikes targeting civilian nuclear reactors. As a young member of the American Nuclear Society and 2019 Summer Fellow at the United States Nuclear Industry Council, Ms. Lisowski has participated in nuclear energy advocacy at the Massachusetts State House and on Capitol Hill in Washington D.C. Ms. Lisowski has studied and conducted research at the Tokyo Institute of Technology and hopes to contribute to nuclear security and non-proliferation by strengthening US-Japan research collaboration. She returned to Tokyo Tech in September 2021 to pursue an MS in Nuclear Science & Engineering.

The author would like to acknowledge the contribution of the Steering Committee of the Project on Reducing the Risk of Nuclear Weapons Use in Northeast Asia (NU-NEA): David von Hippel, Peter Hayes, Shatabhisha Shetty, Tatsujiro Suzuki, Fumihiko Yoshida, Michiru Nishida, and Steve Freedkin.

Disclaimer: The opinions articulated above represent the views of the author(s) and do not necessarily reflect the position of the Asia Pacific Leadership Network or any of its members. The APLN’s website is a source of authoritative research and analysis and serves as a platform for debate and discussion among our senior network members, experts and practitioners, as well as the next generation of policymakers, analysts and advocates. Comments and responses can be emailed to apln@apln.network.